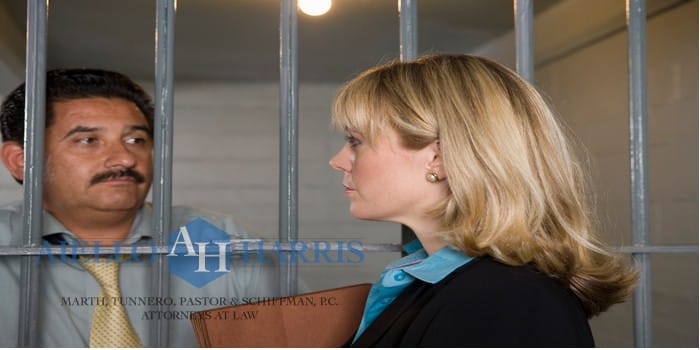 New Jersey’s Bail Reform and Speed Trial Act went into effect in January 2017. Previously, the judge assigned to a defendant’s criminal case would assign a specific cash bail value that the defendant would need to raise in order to be released from jail. Being out of jail is important because it preserves the accused’s freedom and makes it easier for the defendant to review and prepare his or her case with a defense lawyer.  A release from jail also can mean the ability to keep a job, spend time with family, and keep their housing. It also helps to reduce the prison population.
Prior to the new law, many underprivileged defendants were unable to raise bail money even when they were charged with minor crimes. Now, the playing field is a bit more level.

Now, to set a bail amount, the courts are expected to use a risk assessment tool created by the Laura and John Arnold Foundation. The tool examines the following factors to determine the risk of a defendant committing another criminal offense – especially, a violent offense:

Use of the risk assessment process is expected to help many defendants get a lower bail or to be released on their own recognizance. After release, defendants are still required to appear at scheduled court hearings and provide notice of any changes to the court.

Additionally, defendants are now required to be arraigned within 48 hours of their arrest. Bail is set at the arraignment (which also includes a reading of the charges). The new law thus requires that the risk assessment be completed in 48 hours. The assessment tool does not take into account the ethnicity or race of the defendant nor geography.

If a defendant is jailed, prosecutors must bring an indictment in 90 days and the trial must be scheduled in 180 days or less. In 2012, the average wait time between an indictment and trial in New Jersey was 314 days, according to the New Jersey State Attorney General’s Office.

The new law still gives the judge the ability to hold defendants without bail if the judge has reason to believe the defendant is a likely threat to witnesses or the public and is a flight risk.

Benefits of the new bail system

Firstly, it helps reduce the number of people in county jails. In a 2013 study, 75 percent of the people in New Jersey county jails were just waiting for their court date. An estimated 40 percent were in jail because they couldn’t pay the cash bail. For about 12%, the amount of bail was under $2,000.

The new law also helps to restore a better legal balance. Judges have the final say on the amount of bail rather than prosecutors. In the past, judges often deferred to the recommendations of a prosecutor.
Critics include the counties who claim the 48-hour time limit means they need to spend large sums on pre-trial services and bail bondsmen who now are less needed. In the past, people would often pay a bail bondsmen a fraction of the bail amount. The bondsman would pay the full amount. If the defendant appeared at the hearing, the bail money would be returned to the bondsman.

Your attorney can assert your rights, prepare your defense, negotiate with prosecutors, and try your case before a jury.

The defense attorneys at Aiello, Harris have been fighting for the accused for more than 60 years. To make an appointment, please call us at (908) 561-5577 or fill out our contact form.