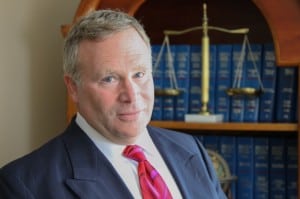 secured 7 figure results for individual clients against the likes of major trucking firms and construction companies. He has had numerous case results reported in the  New Jersey  Law Journal’s “Suits & Deals” and is rated a “10.0” by Avvo. Nevertheless, Mr. Harris remains a down to earth person, whose priorities – “family and colleagues have always come first to me” – Growing up in Great Falls, Virginia, Mr. Harris, admired his father, a former WWII combat Army veteran, who closed his law practice down to join the service after Pearl Harbor and later served under Robert Kennedy in the Justice Department pursuing prosecutions against organized crime.

After majoring in Political Science at Fairleigh Dickinson University he then graduated from Seton Hall University School of Law in 1984.  Mr.  Harris learned under two of the best trial lawyers in  New Jersey,  Harold  E. Braff, Esq. and R. Gregory Leonard, Esq.

The Aiello, Harris firm enjoys a Martindale-Hubel!  rating of 5.0 and is one of the most respected law practices in Somerset County with respected lawyers such as Christopher Aiello, Esq. and Certified Civil Trial Attorney Frank Tunnero, Esq. (“One of the best courtroom lawyers anywhere”), who both enjoy a superb reputation as trial lawyers and advocates. Their diverse practice, in Watchung, New Jersey includes criminal defense, classic personal injury, and employment litigation. 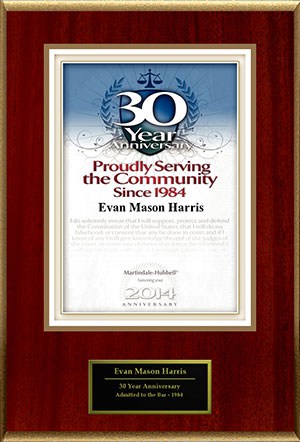 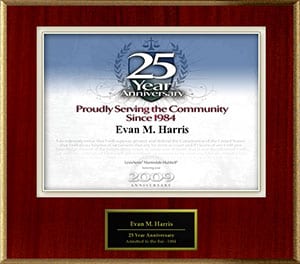 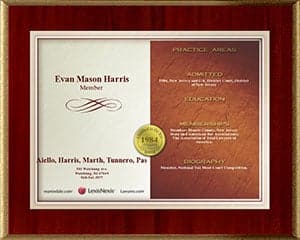