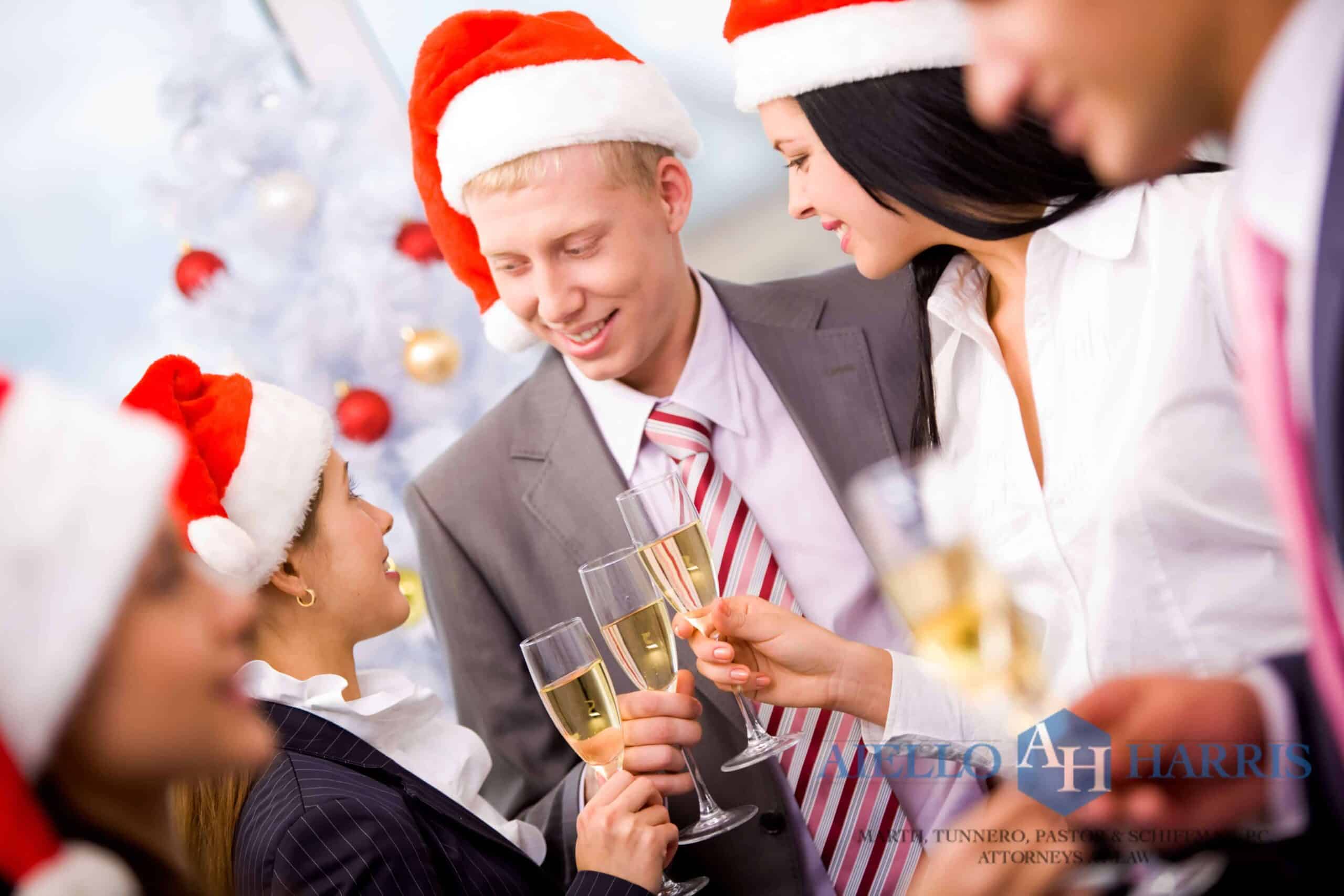 Holiday “Cheers!” NJ DUI Laws That Could Ruin Your Season of Celebration

The lawyers at Aiello Harris are currently involved in a case in which a young woman 23 years of age became intoxicated at an establishment, left the establishment and got into a serious automobile accident or she was driving on the wrong side of the road not only resulting in serious injuries to the other … END_OF_DOCUMENT_TOKEN_TO_BE_REPLACED

One cannot watch or read the news anymore without someone being accused of sexual assault. There have been many accused and/or convicted. Harvey Weinstein and Bill Cosby just to name a couple. But what if you are accused of the charge and are innocent? A recent case in Somerset County, Somerville, New Jersey venued in the … END_OF_DOCUMENT_TOKEN_TO_BE_REPLACED

As reported by the Edison Patch, guns and drugs were found in a home in Metuchen at the end of January. The Middlesex County Prosecutor confirmed in a statement that the police seized multiple firearms and pounds of drugs from the home. A twenty-six-year-old in the home on New Street was arrested on multiple criminal … END_OF_DOCUMENT_TOKEN_TO_BE_REPLACED

Injured In Woodbridge? What Should I Tell My Personal Injury Attorney?

When you meet with your Woodbridge personal injury attorney, you discuss many subjects. We want you to tell us about how your accident happened, the injuries you sustained, and how you are coping each day. Our experienced NJ lawyers want to hear about the expenses you incurred because of the accident and the money you … END_OF_DOCUMENT_TOKEN_TO_BE_REPLACED

According to a news report to the Woodbridge Patch, a father from Old Bridge died in a parking lot accident in South Amboy. The man was picking up his child from the South Amboy YMCA’s after-school program when a vehicle struck him. The man was putting his child into their vehicle at the front of … END_OF_DOCUMENT_TOKEN_TO_BE_REPLACED

New Jersey’s Bail Reform and Speed Trial Act went into effect in January 2017. Previously, the judge assigned to a defendant’s criminal case would assign a specific cash bail value that the defendant would need to raise in order to be released from jail. Being out of jail is important because it preserves the accused’s … END_OF_DOCUMENT_TOKEN_TO_BE_REPLACED

Social media includes a variety of online platforms and services that let people communicate with their friends and the greater public, including Facebook, Twitter, YouTube, Instagram, and Snapchat. While social media can be fun, most social media platforms record your posts and keep the pictures and videos you upload. During a criminal case, you can … END_OF_DOCUMENT_TOKEN_TO_BE_REPLACED

In September 2017, a commercial truck driver under the influence of alcohol crashed into a Hyundai Sonata in the south bound lanes of Route 440 in Perth Amboy. When the large truck rear-ended the Hyundai, the truck jackknifed and hit two other vehicles pushing the SUV into another vehicle.  The truck accident killed one person … END_OF_DOCUMENT_TOKEN_TO_BE_REPLACED

Are There Certain Questions an Employer Can’t Ask in a Job Interview?

Employers must comply with federal and state discrimination laws and any other relevant laws during the hiring process. During an interview, employers cannot ask inappropriate questions that would violate any of these laws. If they do ask an improper question and decline to offer you a job, an experienced New Jersey employment lawyer can demand … END_OF_DOCUMENT_TOKEN_TO_BE_REPLACED

Premises Liability for Injuries at an Apartment Building in New Jersey

Last month, a teenage girl tragically lost her life, and over 40 individuals were injured, including over two dozen police officers, at an apartment building in Perth Amboy. The three-story apartment building was evacuated after police responded to a call about an unconscious person. Several victims were light-headed or unconscious. According to one news report, … END_OF_DOCUMENT_TOKEN_TO_BE_REPLACED