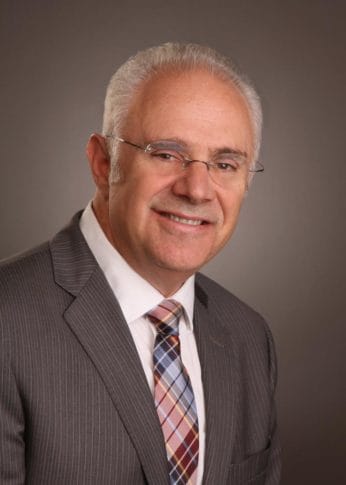 As a highly recognized attorney of over 30 years, Jay Freireich focuses on tax, estate planning, estates and business, and is skilled in both planning and litigation in these areas – a rare combination.

With a passion for his profession as a lawyer and a larger than life competitive spirit, Jay embraces challenge with a laser focus on achieving results for his clients.

As a top-rated attorney, Jay is easily accessible and eagerly providing help and transparency to his clients whether handling legal cases involving sensitive family dynamics or complex tax issues.

As an estate planner, Jay is experienced in minimizing the risk of litigation. On the other hand, he also has the ability to identify exposure to drive litigation on behalf of his clients.

Jay leverages an advanced degree in taxation as well as a tax and planning background to litigate estate, trust and shareholder disputes as well as complex business issues.

Notable Legal Work in the Courts

Jay successfully assisted in a Bill, the Innocent Spouse Tax Law, co-sponsored with Senators D’Amato and Roth which relieved his client of the tax obligations for a spouse’s underlying liability.

Some of the cases that Jay has been involved with have set a strong precedent throughout the United States. He has also represented clients testifying before Congress.

Jay welcomes requests for free initial legal consultations.  Call our law firm today to learn how he can help you get results in the areas of tax, business, estates and estate planning.

Attorney Jay Freireich in the Media

He appeared on ABC’s “Good Morning America” discussing the innocent spouse tax law which he was involved in getting changed to permit his client relief from her husband’s tax transgressions (as mentioned above). After passing Congress and being signed into law by the President, the decision was made retroactive to his client’s taxes.

Other Jay Freireich Media appearances include:

Martindale-Hubbell Peer Review Ratings allow attorneys to complete anonymous peer reviews where they rate fellow lawyers on a 1 (lowest) to 5 (highest) scale in five categories demonstrating legal ability: Legal Knowledge, Analytical Capabilities, Judgment, Communication Ability and Legal Experience. In addition, attorneys answer whether or not they believe a lawyer has very high ethical standards. A description of the selection methodology for the AV Preeminent rating can be found at www.martindale.com/ratings. No aspect of this advertisement has been approved by the Supreme Court of New Jersey.

Super Lawyers employs a selection process that represents small, medium and large law firms across the United States and spanning over 70 practice areas.

LexisNexis Martindale-Hubbell is ALM’s exclusive provider of content for various attorney projects such as compiling and sharing information on lawyers in specific geographic areas who have achieved the AV® Preeminent™ Peer Review Rating — the highest Peer Review rating available. ALM uses the information to publish the Martindale-Hubbell Top Rated Lawyers, Top Ranked Law Firms and Women Leaders in the Law special sections in more than 30 publications nationally. These reports are also featured on law.com and martindale.com®. No aspect of this advertisement has been approved by the Supreme Court of New Jersey.

10.0 rating by AVVO – Jay J Freireich has received a 10.0 Rating from AVVO.  AVVO is an online marketplace that provides lawyer referrals and access to a database of legal information. Lawyer profiles may include client reviews, disciplinary actions, peer endorsements, and lawyer-submitted legal guides.  AVVO is also a  review site that allows former clients to review and rate their attorney’s performance. A description of the AVVO rating process can be found here. No aspect of this advertisement has been approved by the Supreme Court of New Jersey.

Call Jay Freireich to schedule a free initial consult with a top rated attorney in New York and New Jersey.