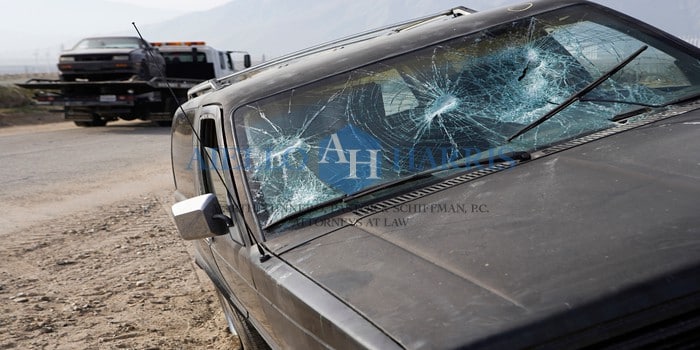 In September 2017, a commercial truck driver under the influence of alcohol crashed into a Hyundai Sonata in the south bound lanes of Route 440 in Perth Amboy. When the large truck rear-ended the Hyundai, the truck jackknifed and hit two other vehicles pushing the SUV into another vehicle.  The truck accident killed one person and injured others.

The driver of the Hyundai Sonata was transported to Raritan Bay Medical Center. He was pronounced dead after reaching the hospital in Perth Amboy according to the Middlesex County Prosecutor. The truck driver and other drivers were also transported to the hospital for treatment of minor injuries.

The truck driver was formally charged with three counts of assault by auto, one count of death by auto, and driving under the influence of controlled substances. The driver has pleaded guilty and is expected to serve seven years in prison for the charges. The sentencing hearing is scheduled for May 18, 2018, in the Criminal Division of the Middlesex County Superior Court located on Paterson Street in New Brunswick.

Drugged Driving is as Dangerous as Drunk Driving

Driving while impaired by any mind-altering substance is illegal under New Jersey traffic laws. Prescription drugs, illegal controlled substances, and over-the-counter medications can impair a driver’s ability to drive a motor vehicle safely. Therefore, any of these drugs can result in drugged driving.

Drugged driving is just as dangerous as driving under the influence of alcohol because drugs can impair the driver’s balance, coordination, reasoning, perception, and reaction time. When a driver is under the influence of drugs, the driver’s hand-eye coordination is reduced, and his ability to focus and pay attention to the road is impaired. Therefore, a drugged driver is at a higher risk of being involved in an accident. The driver is a danger to himself and all others on the road.

Who is Liable for a Drugged Driving Truck Accident?

Law enforcement officials throughout Woodbridge and Middlesex County aggressively enforce drugged driving laws. As mentioned above, drugged driving is illegal. The truck driver in the accident above was charged with and plead guilty to driving under the influence of controlled substances. However, this is a criminal charge. To hold the truck driver liable for personal injury damages, the accident victims must file a civil case against the driver.
Unfortunately, most truck drivers do not have substantial assets to pay a large personal injury claim. Therefore, you need to identify other parties who might be liable for the accident in addition to the truck driver. For example, trucking companies are required to conduct random testing for controlled substances for their drivers. If a company fails to conduct tests in accordance with FMCSA regulations, the company might be liable for damages if its driver causes an accident.

If you have been injured in a big rig accident, we want to help. Call Aiello, Harris, Marth, Tunnero & Schiffman, P.C at (908) 561-5577 or use our online contact form to request your free consultation with an accident attorney in  Middlesex County.

Our law firm has an office in Woodbridge that serves all of Middlesex County, including Perth Amboy.